10 Tips On How To Become A Better Home Videomaker

We all like to shoot home videos. There is something magical about old footage of our family. Unfortunately the footage is only magical to ourselves, Usually home videos come out not too professional. I have seen so many home videos that are almost unwatchable. This article will try to hand out a few simple pointers on how to shoot your videos as a professional.

Always horizontal
Try to hold your camera horizontal. Always. Don’t even think of tilting it. The worse you can do is to film in portrait mode. The latter is very common for smartphone videos. Remember, smartphone videos are home videos too. So all videomaking basics apply here.

This is a basic composition rule. If you divide your screen to three parts vertically and three horizontally you will see four crossings. These crosses are the spots that catch peoples attention the most. Try to put your subjects to these corners. If it’s a close-up shot then try to put one of the eyes to this spot.

Hold it steady
Don’t walk or run while filming. Try to hold the camera steady. Don’t make any unnecessary movement with your camera-hand. Any movement you make with the camera results a shaky non-professional footage. If you want to shoot moving footage, then walk and concentrate on holding your camera-hand as steady as possible. Also walking and filming is sometimes okay, but try to minimise this in your home video.

Don’t follow too much
Don’t follow your subjects. Sometimes it’s okay. Like when you’re filming a car race. But oftentimes it’s not a good idea. If your child moves down to pick something up you don’t have to follow her with the camera. She will be back up in a second to continue. When your subject is moving towards you, it is not essential that you follow it all the way. Most times you could let it pass, then cut the scene, turn around and film it moving away.

Don’t zoom
Zooming while filming is something that professional cameramen never do. If you see zooming in movies then it’s a special effect (like Hitchcock Vertigo effect). If zooming happens in a television live show then this is rather considered an editing mistake. Zoom while not recording.

Sound is important
Video is audiovisual experience. Sound is really important. If possible, try not to shoot in loud environments. Move your subjects so the camera is not facing the loud sound source. If you have the budget, invest into a better mic.

Let someone host
If you can, ask someone to host the show. Just filming something can easily become ‘artsie’ and not in a good way. If possible, ask a friend to tell the camera the time and date and also what is going on in the scene. This will also contribute to the story and the feeling of your movie.

Editing Tips
If you are editing your home movie later then you should know the basics of transitions and how people perceive them. Cut is for continuous scenes. This is the most used edit and it should be this way for your home movies too. Crossfade means that some time has passed in action. Fade to black is also good if a day or more goes by in action. Fade to black is also okay for the beginning and the end of your movie. For all those special fades out there, I suggest to leave them out. These are meant for stylizing the movies and I don’t think you should use them just yet.

Don’t make them too long
Long videos suck. If you want to upload your video 2-3 minutes is enough. On other media it can be slightly longer, but usually less than 10 minutes is more than enough.
While these simple tricks won’t make your home video a blockbuster movie, they will certainly help making it more watchable for wider audiences. Try to keep those in mind and I assure you you’re video will stand out from the rest. 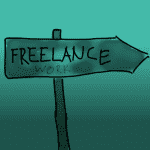 Newest entryFreelance work is not personal